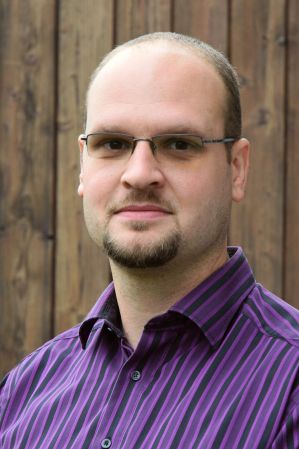 After graduating from lyceum in Plzeň, Pavel studied the English language, which he subsequently put into practice when he worked in England for four years, working in particular with the upbringing and education of non-English speaking students from European countries. At the same time, he also worked as a sports and dietary assistant. In the spring of 2008, he met Petr Nitsch – Headmaster of Open Gate at the time – at Wymondham College in Norfolk, which was a close co-operator with the Open Gate Grammar School. Pavel has been working at Open Gate since 2008; he started as a Housemaster, before becoming the Head Housemaster of the boys’ dormitories, and is now the dormitory manager. In 2010, he also acquired the position of coordinator of extracurricular activities.

Pavel has dedicated most of his professional life to working with children, including acting as a counsellor at children’s summer camps and as a sports assistant, a position he held for three years at the Withdean Sports Complex Brighton in Great Britain. He has been at the Open Gate School since 2008.

Pavel dedicates 99% of his free time to his family and the remaining 1% to running, cycling, and working in the garden.

To help you using our website by offering customized content or advertising and to anonymously analzye website data, we use the cookies which we share with our social media, advertising, and analytics partners. You can edit the settings within the link Cookies Settings and whenever you change it in the footer of the site. See our General Data Protection Policy for more details. Do you agree with the use of cookies?
Provide basic page functionality, the site can not function without them.
Count traffic to the site and collect anonymous statistics to enable us to better understand your needs and to improve the site continuously.
Collects information to better tailor your ads to your interests, both on and off these websites.